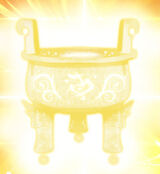 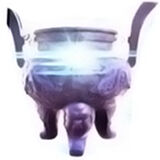 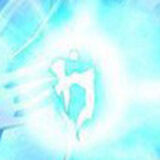 Long Xingyu had told Long Haochen that spiritual stoves were also classified into tiers, encompassing five different levels. Among them, the Saint Spiritual Stove Long Haochen possessed only reached the fifth, which was also the lowest one.

The tiers of spiritual stoves were divided based on their utility as well as their might and potential for growth, and also their overall evaluation.

The reason why the Saint Spiritual Stove was only at the fifth tier was that its particular nurturing ability had never been published by the Knight Temple, or else, it would very possibly have reached the third tier.

At the fourth tier, diverse spiritual stoves would be present. The overwhelming majority of them didn’t only possess one ability, and this was their main difference with the spiritual stoves of the fifth tier.

Spiritual stoves of the third tier also possessed two or more abilities, and were bound to reach a certain level of power in battle. The Saint Spiritual Stove Long Haochen possessed only had a pulling or attracting ability, whose ranges were also limited. They were effectful, but they couldn’t be called really powerful. Cai’er’s Thousand Strikes Spiritual Stove belonged to the third tier.

At the second tier were the most powerful spiritual stoves known to humans. Among the 74 spiritual stoves known in total, only 7 reached this tier, each of which had at the least three abilities. Of course, their backlash effects were also be quite severe. There were also some with a single ability among this tier, but it would be an ability with incomparable power. Like for instance the Spiritual Stove which Cai’er’s father possessed.

If Sheng Lingxin had attained the ninth step of cultivation, even inflicting damage to demon gods among the top ten in the ranking wouldn’t be impossible by using his Spiritual Stove of Return to Childhood.

As for spiritual stoves of the first tier, only one existed at the present time, and it was Cai’er’s Spiritual Stove of Samsara.

If a spiritual stove could permit its user to kill powerhouses two steps above their own cultivation, this spiritual stove would then be ranked at the first tier. Until this day, only Cai’er’s Spiritual Stove of Samsara had managed to fulfil these criteria. Of course, its backlash was also very huge, loss of the six senses.

It had never existed in the history of the Temple Alliance, but it had been reported that once in the Glorious Era, the emperor of the most powerful of the three empires had possessed that kind of spiritual stove.

Community content is available under CC-BY-SA unless otherwise noted.
Advertisement